I used to buy my underwear at Lindex. Low-cut, perfect fit at the back and 3 for SEK 99. Then the high waist came back into fashion and they were no longer available. I found a similar at Twilfit but that also disappeared. Bummer. And now both the Lindex and the Twilfit underwear are old and beginning to disintegrate.

Perfect timing for Megan Nielsen’s Acacia to come out right before christmas last year then! And since then, I have been making pair after pair adjusting the fit.

I declared the fourth iteration good enough. So here is the history of tweaks:

Iteration 1. Made up as pattern, size L, in old T-shirt fabric. 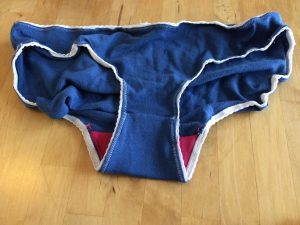 Iteration 2. Sliced off a little bit excess in the front, widened the bottom back. 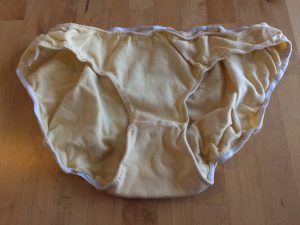 Iteration 3. Lowered the widened part in the back. Shortened the elastic. 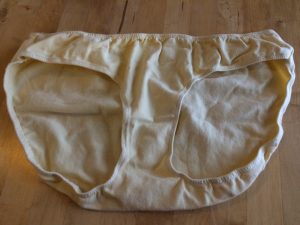 Iteration 4. Reduced 4 cm width on the sides of the back and reduced height 2 cm in the back, took off 2 cm from the sides. Shortened the elastic even more. 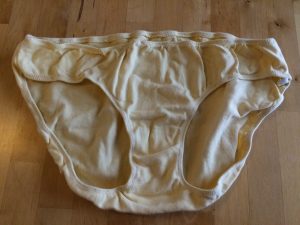 There was still some minor excess in the back but the underwear were now very comfortable and it was time to make a bunch of them. The rags of the underwear drawer to move out to the rag bag where they belong!

While tweaking the Acacia pattern, I came to think of previous attempts (probably between the Lindex underwear disappearing and me finding the Twilfit replacement) that I never finished. It turned out that I had made the free pattern that So, Zo has on her blog, and also a tweaked and cut out that second version that I had just not got to the point of sewing.

I don’t remember much of the alterations on this one, but I think it was something similar to the widened bottom back and removal of excess in the front that I did for the Acacia.

And now these fit great too! I might slice off some fabric in the front in the future but it is nearly perfect. Yay, I have two great patterns to alterate between! Love it. I will never be out of good underwear again!

So this is how both the patterns fit. 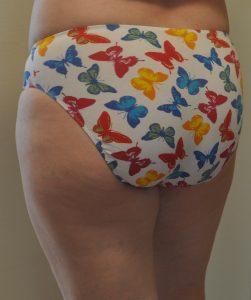 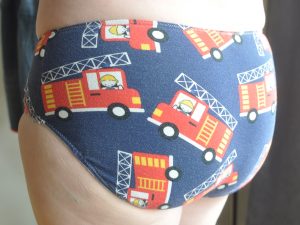 Then I made a pair of Acacias from two old T-shirts that were not as stretchy as the previous fabrics I had used. It turned out even better, so perhaps I should make the pattern a little bit smaller. But after a few wears, they were not holding up as well, and holes began to form close to the seams. I guess they are subjected to more stress in the seams when the fabric is not stretchy. And break easily when the fabric is old and worn.

I also added fold over elastic to a pair of the So, Zos, but forgot to remove the seam allowances before attaching the elastic! So, here is a pair with too much fabric! (At least at the front.) I then traced a pattern version without seam allowances from both patterns so that I wouldn’t forget next time. Which will also reduce the amount of fabric needed! I should also try to match the thread colour a bit better, contrast did not turn out as great as I had hoped! 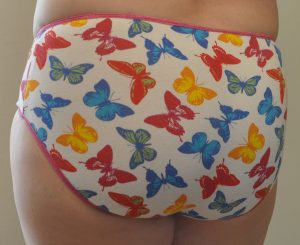 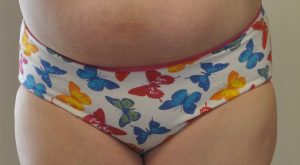 And then I made some more… And yes, they were scraps from this project (and an old tank top)! 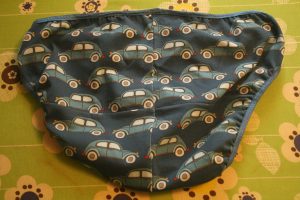 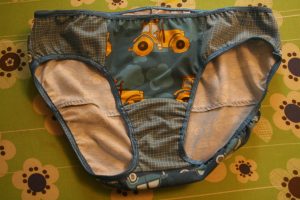 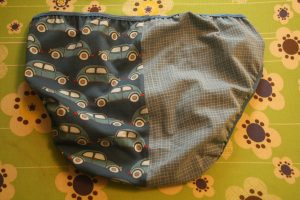 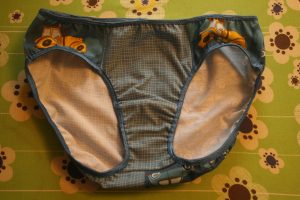 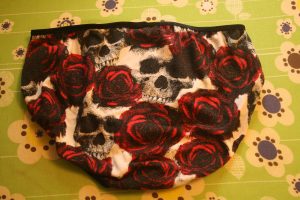 The ones from an old tank top (with the roses ) didn’t hold up well at all, I got maybe 10 wears out of them before they had to be recycled. The FOE got repurposed into the all black pair below: 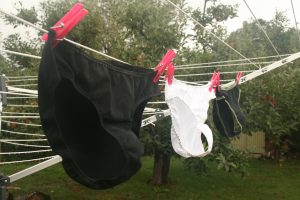 Well, I guess I have enough underwear for a while now… 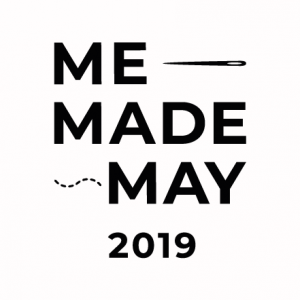 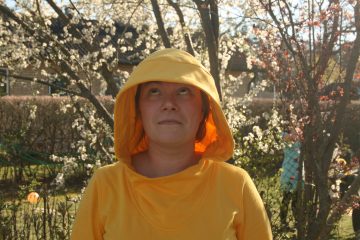 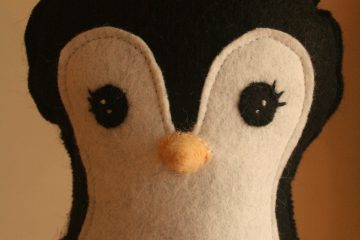